3 Films With Weird and Wonderful Doors

What is it about doors and movies?

Apart from their practical purpose of getting characters from one room to another (or from inside to outside and vice versa), depending on the genre of movie, they’re also often used as mysterious portals between different dimensions, devices that symbolise the main motif of the plot, or representations of important aspects of characters or relationship dynamics.

Whether doors are your favourite household items, you’re fascinated by movie history or you simply need new material for your weekly Zoom quiz, these three films with weird and wonderful doors should tickle your fancy.

Stanley Kubrick’s chilling 1980 classic has many memorable scenes, but its most iconic must be when Jack Nicholson smashes through a bedroom door with an axe, sticks his head in the hole he’s created and snarls the immortal line ‘here’s Johnny!’ at terrified co-star Shelly Duvall. 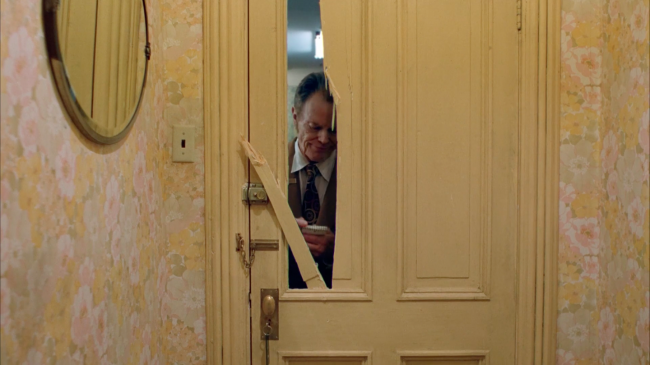 As an interesting aside, the scene had to be re-shot after Nicholson, who was trained as a fire warden, originally destroyed the door far too quickly for Kubrick’s liking!

As any C.S. Lewis fan knows, the wardrobe door in the classic children’s tale The Lion, The Witch & The Wardrobe is the children’s portal to the fantastic (and fearful!) land of Narnia. Most recently brought to the silver screen in the 2005 film adaptation starring William Moseley and Anna Popplewell, this wardrobe must be one of the most famous pieces of furniture in popular entertainment. 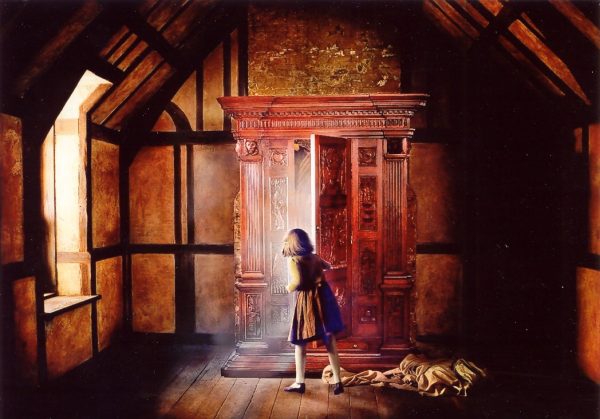 Lewis dedicated the book to Lucy Barfield, the daughter of his close friend and adviser Owen Barfield, and she was his inspiration for the main protagonist.

More info: the original Lewis family wardrobe which he and his siblings played in as children is now part of the museum at Wheaton College, close to Chicago.

The iconic blue door from 1999’s Notting Hill, directed by Richard Curtis, plays a pivotal role in what must be one of the movie’s most memorable scenes. 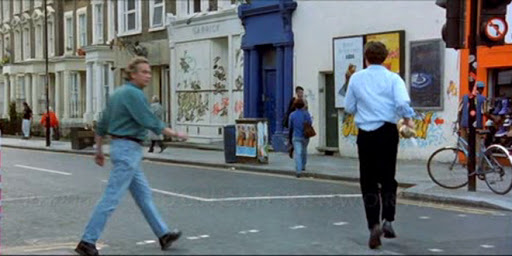 Once the paparazzi catch wind that Hugh Grant’s dithering bookshop owner is in a relationship with Julia Roberts’ Hollywood superstar, they descend on Grant’s bedsit like a pack of wolves. As a distraction, his wild flatmate (Rhys Ifans) captures their attention by posing comically at the door in his underpants.

The portal actually belonged to a church conversion that director Curtis was said to have lived in previously, and the original blue version was sold in a charity auction, but you can pose for a selfie in front of its replacement (in your undies or otherwise attired!) at 280 Westbourne Park Road, Notting Hill, London.

So there you have it – a diverse hattrick of doors used by delightful and deranged characters!

Did we miss your favourite movie door? Let us know in the comments section.