Custom bikes: the most exciting out there

For most people, a motorcycle needs to be produced by a world-famous brand to really stand out. Indeed most great motorcycles usually go under the name of Ducati, Triumph and Yamaha, just to name a few. But for those in the know, this is not always the case.

There is indeed a whole world of custom motorcycles to be discovered out there, mostly uncharted territory for the wider public.

Sure it’s almost impossible to build a motorcycle from scratch, as motorbike parts are produced by the same range of companies worldwide. However, many great motorcycles are born out of a careful process of picking and matching the right parts to create something unique, either more performing or more fascinating than a mainstream motorbike.

Timeless custom motorcycles don’t rely on brand reputation, but rather on a great deal of technical knowledge, the right products – from foam adhesives to glues and tubing – and a pinch of creativity.
So discover some of the most inspiring custom motorbikes out there with us, and maybe your idea of what makes a motorcycle great will change too!

Tramontana redefines the concept of a Scrambler and takes Triumph into the wilderness. This Spanish-made custom is easy on the eye with a clear nudge to the 70’s and works wonders off-road. Light and balanced, it is made for seamless rear-wheel drifting and will take you through muddy paths and woods in the coolest fashion. It sells for around $9,000 in the US. 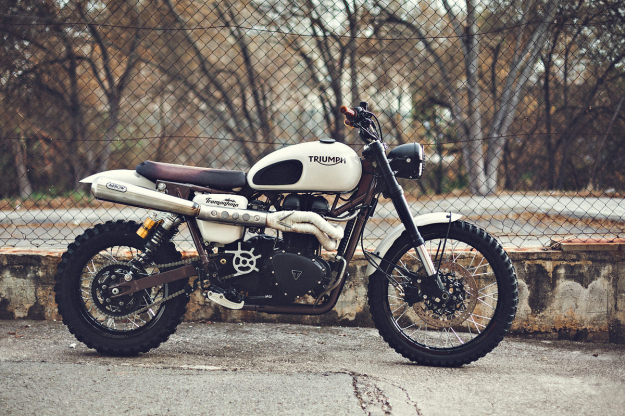 Coming all the way from Taiwan, this custom relies on a Dyna motor and boasts a minimalist custom made frame. We’re not sure if it’s something intentional, but the motorbike does bring Aliens and Predators to mind thanks to some 80’s lines paired with a modern, performing feel deriving from the modern CNC billet and tubing.

When a Formula One legend is the inspiration behind a motorbike, the result can only be extraordinary. Such is the case for the Senna Tribute created by Marcus Walz. A favourite among drivers and VIPs alike, Walz has worked on a Moto Guzzi Le Mans to commemorate the 20th anniversary of Ayrton’s death. Only three of these were produced, so you’d be a very lucky biker to even see one in the flesh! 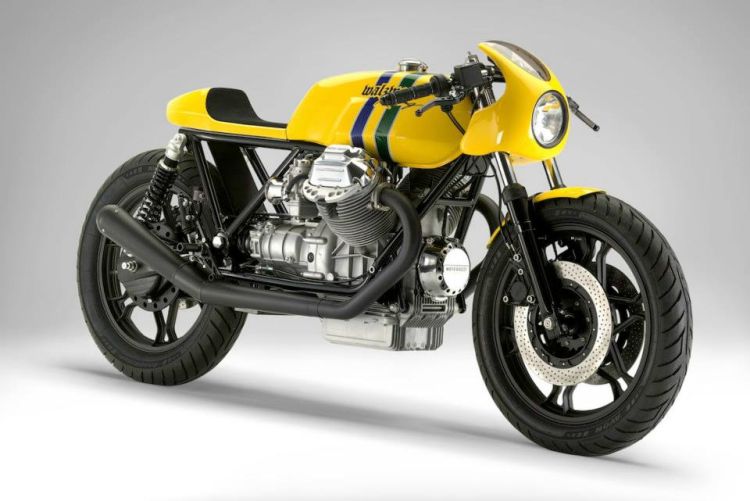 Again a stunning piece of German craftsmanship, the yard built VMax was created to celebrate the 30th anniversary of the Yamaha VMax. Part dragster part cafe racer, this motorcycle owes much of its coolness to the custom carbon tank cover as well as the air intake scoops. Its colours are very retro and based on Yamaha’s GP 1985 team, bringing back sweet memories from the 80’s.