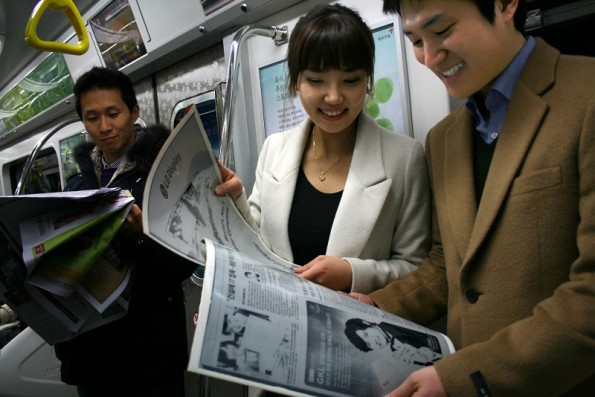 Sony has unveiled a few days ago its prototype slate with the E-Ink display, a device that we have taken the liberty to define how the new generation of notebook saw support for capacitive pen and a large surface area, equal to 13.3 inches and assimlabile to that of an A4 sheet. The display called Mobius has been developed in collaboration with the leading company in this sector by the E-Ink; this prototype boasts unique features such as flexibility, weighing only 60g, resolution 1200 × 1600 (150DPI) and a structure plastic that allows enlarge the dimensions and ensures greater resistance to stress. 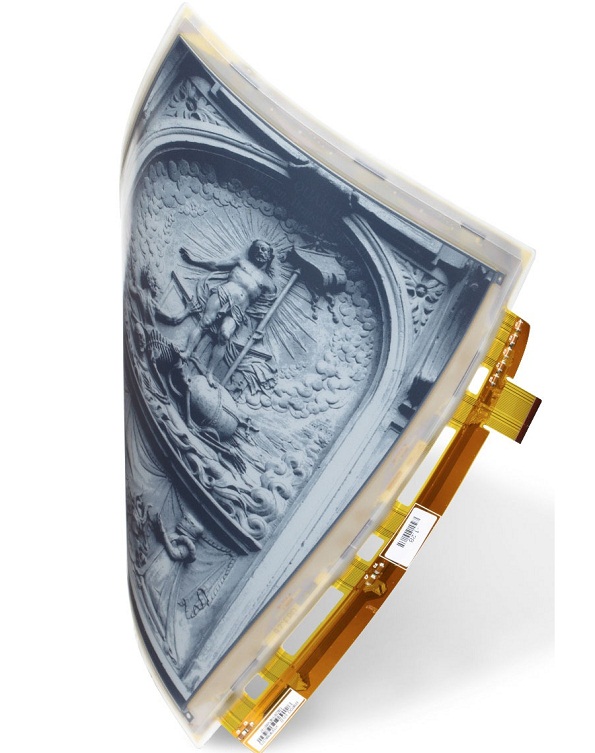 To see the first working prototypes you do not have to wait long at SID 2013 Vancouver should get the first sample, perhaps because of that model that Sony has already developed and is planning to distribute to students from three Japanese universities within the year, to verify the real potential of these devices. In fact it is not a simple eReader, but it is made of panels on which you can write and save to PDF, based on touch and capacitive technology, while keeping all advantages of the screen EPD (Electronic Paper Display): therefore low power consumption and battery life of up to 3 weeks (with Wi-Fi off).

Manufacturers of all eReaders will be particularly interested in the technology, in fact, imagine what could be the implications for a Kindle, a Nook or a Konbo that, besides making us read content under the direct light of the sun they will let us also take notes in hand turning it into a real digital agenda.