Looks like Paco Roncero is in love with the white island, as after Sublimotion, the exclusive gastrosensorial restaurant opened in Ibiza a few weeks ago, today we have to make room for his third Estado Puro, which the renowned chef just opened on the same island. Located in Playa d’en Bossa, also on the first Hard Rock Hotel in Europe, like the Sublimotion, Estado Puro Ibiza features two different environments, one designed to enjoy the creative renewal of the cover and another to taste the most exquisite traditional cuisine. 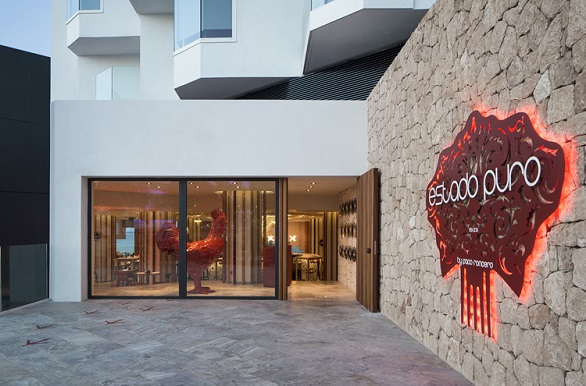 Designed to surprise and satisfy the increasingly demanding gourmet groups, Estado Puro restaurants were born in 2008 bringing an entire reinvention of the traditional world of tapas. With them were born what we now know as gastrobars, an idea so successfully that after having two branches in Madrid, has just opened the third Ibiza and the fourth one will open its doors in the coming weeks in no other place than in Shanghai.

The new Estado comes with 300 seats and it is divided into two distinct areas, one casual with high tables and stools, and one for dinner or lunch or more formal dinner, consisting of typical low tables and chairs. In either of these areas, you will find seasonal products of top quality, able to satisfy and surprise the most discerning palates. And to get it, nothing like the best Spanish cuisine based on tapas, customized with an original and delicate touch. Thus, you find dishes like Spanish tortilla of the XXI century, the Philippine chocolate foie gras and cardamom and cuisine classics such as potato salad, bravas potatoes and more. 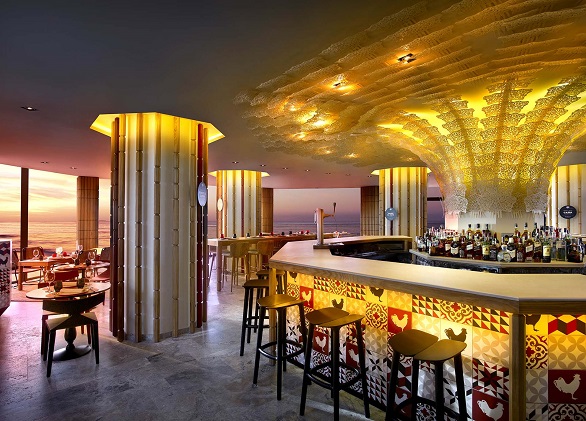 However, not everything is the typical Spanish style in Estado Puro in Ibiza, as the international and high-end character of the island invites us with the additions from the national cuisine combining with the world class of the culinary forefront. A good example of this are dishes that invite you to dream the palate is the infallible lobster soup with oil and pink grapefruit, butterfish tataki, scorpionfish in gazpacho and the red mullet with camomile. These are some, among others, creative proposals designed to stimulate all our senses. 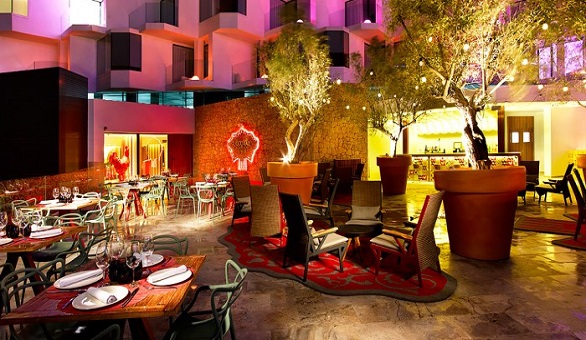 And to drink, there are no less than 116 different wines, a wide selection of champagnes and an endless list of cocktails made the ideal time for an aperitif at sunset or to start the always tireless Ibiza night. 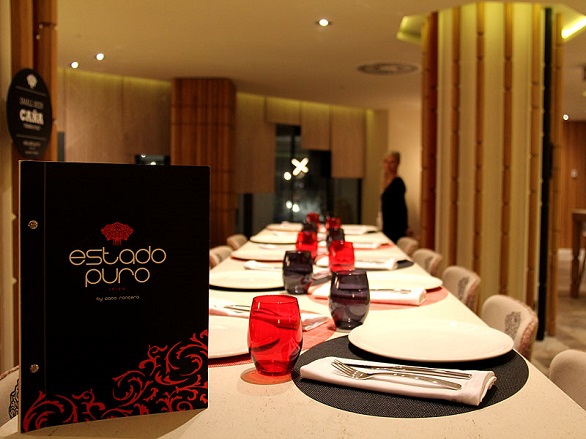 A cool, smart, demanding and gourmet proposal lands on the island of the hand of one of the leading representatives of the culinary forefront in Spain and holder of two Michelin stars and three Repsol Suns: the chef Paco Roncero, who has returned to creating what will undoubtedly become the epicenter of the most evolved cuisine Ibiza this summer.