Ex Machina | The perfect use of indoors architecture

The science fiction film Ex Machina, directed by Alex Garlan, is characterized by being carried out in an enclosed space: an incredible house in Alaska. The plot of the film, which we’ll omit here to avoid spoilers, is highly based on the almost claustrophobic environment of the house. 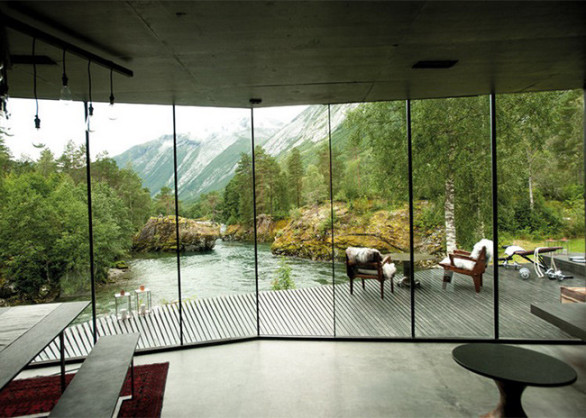 When the main protagonist of the film, Caleb Smith, reaches the house of billionaire and boss Nathan Bateman, the film starts as such and also starts the feeling of confinement. To achieve this, the director sought the services of designer Mark Digby, who manages to set up a refined setting with an extremely interesting modernist style.

In Digby’s own words, the architecture of the house plays an important role in both the visual aspect of the film and its plot. To achieve maximum tension, several locations were used for this futuristic thriller. Some scenes were filmed in a hotel in Norway and in a nearby hut there while the others were in other sets created for this purpose. 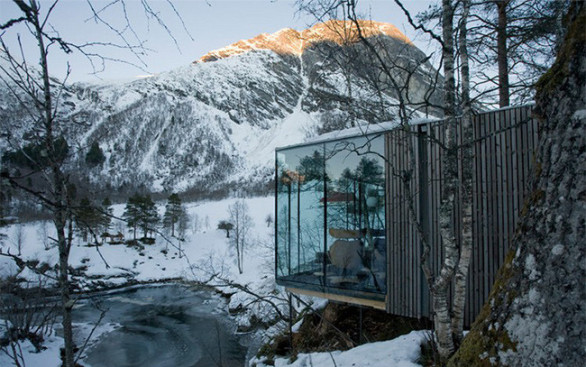 The Hotel Juvet, located in northern Norway, was the main stage that gave shape to the house where the story is carried out. Taking advantage of the spectacular natural scenery, Mark Digby adapted the hotel to take us, little by little, into an atmosphere of distressing confinement.

Thus, the open spaces of the house as the living room, the kitchen or the corridors have a warm and friendly atmosphere with soft colors, wood and stone. Meanwhile other areas as bedrooms, the laboratory or the area where the robot is have stronger colors, more aggressive lights and, more generally, an uncomfortable environment. 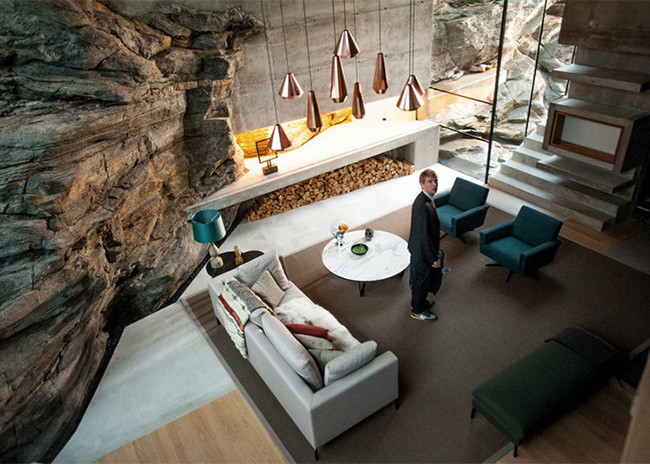 There is no doubt that there are few films in which the location, in this case a home, becomes so important that it takes over the screen, having its own identity. Beyond the quality of the designer’s creative work, it is interesting to see how visual trends become benchmarks.

Undoubtedly some aspects of the house in Ex Machina could inspire us to decorate our own interiors. The works of art that appear in the film are also an interesting point to highlight. The paintings of Jackson Pollock and Gustave Klimt appear regularly giving a touch of color and life to cold monochromatic spaces. 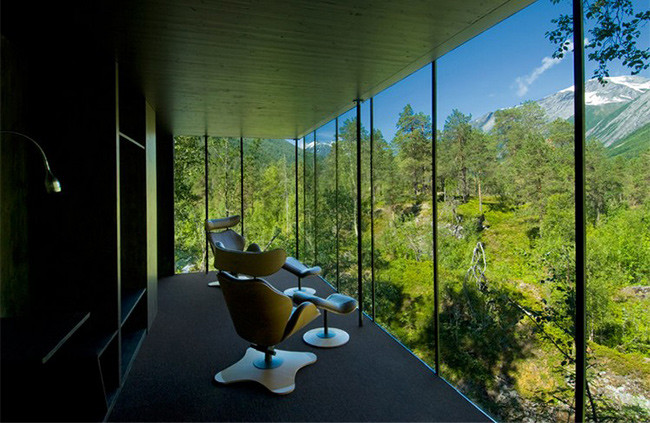 If you haven’t seen the movie yet here you have the trailer to realize how the indoor area and architecture are interestingly utilized for the general atmosphere of this film.