Famous film and TV locations to discover across Ireland

There are many reasons to visit Ireland, with its stunning scenery, rugged coastlines, enchanting castles and plenty of history. It’s no surprise that so many tourists travel to Ireland seeking adventure and the Emerald Isle doesn’t disappoint. Whether it’s the vibrant city life of Dublin, Galway or Cork you want to discover or something a bit more adventurous like the Wicklow Mountains or Carrauntoohil, there’s definitely something for everyone. 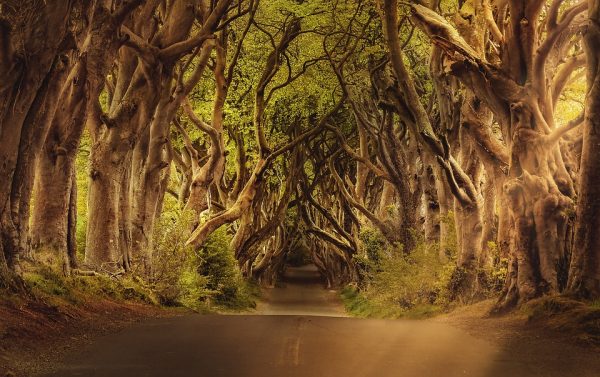 One of the best ways to explore Ireland is by car on an exciting road trip, as it allows you to travel at your own pace and take in all the surroundings. If you’re a fan of films and TV shows then you should discover some of the best filming locations that Chill Insurance has put together for their #IrelandOnCamera campaign. Check out the map of locations you need to explore on your Irish adventure.

Dublin has featured in many popular films over the years, from the opening prison scene in The Italian Job at the Kilmainham Gaol to providing the interior shots of the cell block in Paddington 2. Whelan’s pub on Wexford Street makes an appearance in P.S I Love You, and the British-American horror drama Penny Dreadful features Dublin Castle.

Popular TV drama Line of Duty often uses various Belfast locations throughout the show’s five seasons, including shots of the Obel Tower at Donegall Quay. New Barnsley Park features in Derry Girls while The Lost City of Z filmed in and around Belfast, including the Belfast City Hall.

Fans of the Star Wars franchise may already know that the Skellig Islands off the Kerry coast was among the filming locations of the latest films, The Last Jedi and The Force Awakens. However, getting to Skellig Michael isn’t easy and the sea crossing is only possible during the summer.

Movies such as Harry Potter and the Half-Blood Prince and The Princess Bride used The Cliffs of Moher in County Clare as a backdrop. Although Father Ted portrayed a fictional location called Craggy Island, the show was actually filmed in Cloon and a nearby market town called Ennistymon.

The county town of Wicklow features in a number of TV shows including Little Women and Ballykissangel, while Humewood Castle in Kiltegan features in the film Ella Enchanted.  Wicklow also makes an appearance in the Hollywood hit, Braveheart featuring Mel Gibson. Kippure Holiday Village which is in the middle of the Wicklow Mountains is one of the main locations of the film.

If you’re planning on visiting Ireland soon then check out the full map to see if any of your favourite films and TV shows make the cut, or if you’ve visited any of these filming locations we’d love to hear your thoughts on them.