Gold, platinum and diamonds for Macbook and iPhone by Computer Choppers

Gold platinum diamonds Macbook iPhone Computer Choppers by Editor | on February 25, 2013 | 0 comments | in Technology | Like it 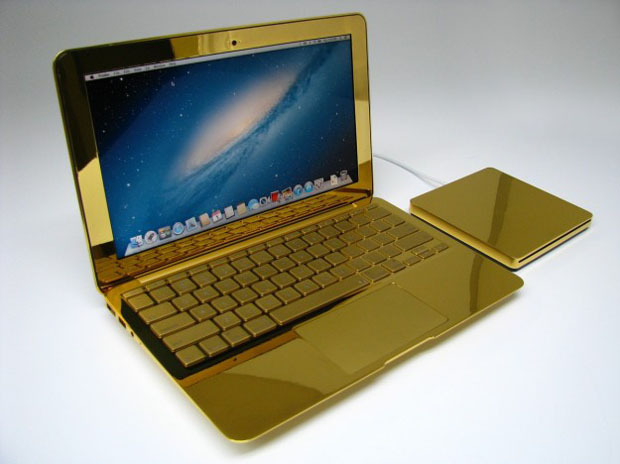 Beginning of a year full of gold, platinum and diamonds? Why not to customize your Apple tech gadgets? Computer Choppers can do it for you as long as you can pay! The company, based in Oregon, specializes in cluxury customization for all Apple devices: for the New Year launched, for example, the platinum version of the Macbook Pro 15 “Retina Display. Not only computers but also smartphones and even the new iPhone 5 is available with various platings such as gold or 24-carat rose gold. Deluxe version for the Macbook Air 11 “24 carat gold and diamond logo: a really chic way to greet the new year technology. 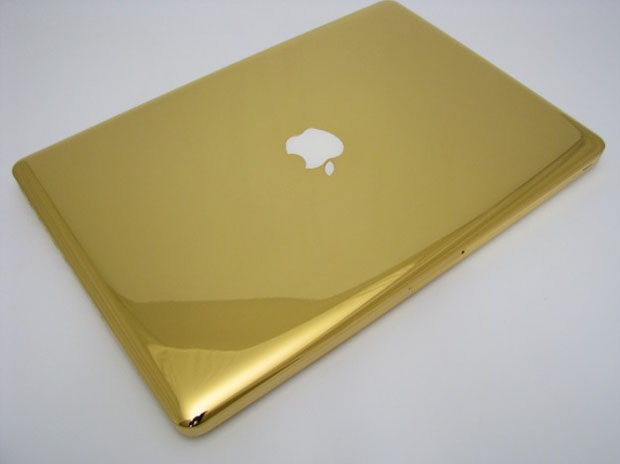 Apple has created devices that have become “must-haves” for many people thanks to the union of design and technology. Their widespread use has also pushed the best brands in fashion and not only to create exclusive accessories to be used to protect and personalize their PCs, tablets and smartphones. There are some versions that have the joy of a few billionaires like the iPad3 in 24 carat gold, which debuted in Dubai, but the possibilities for having a PC or a mobile phone signed Apple and in a luxury customization are really too  many. Among these proposals is the Computer Choppers that specializes in customizing ultra-luxury products for the company in Cupertino. The Macbook Pro 15 “, in the version launched in 2013, is made ​​of platinum, while the iPhone 5 is available in gold in the classic yellow gold or the more chic rose gold. 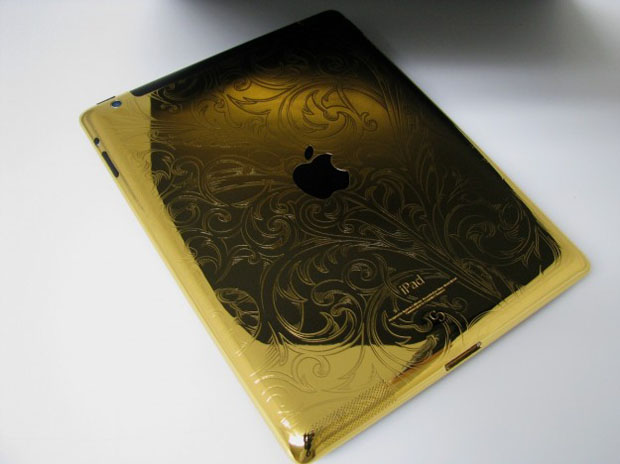 After two years back even the most glamorous models for the Macbook Air 11″, 24 carat gold with personalized engraving, diamonds on the apple logo and trackpad combination, like the keyboard in a version of a real King Midas. Costs vary depending on the model and customization required: for Macbook Pro 15 “in gold the price is about 20 thousand dollars. 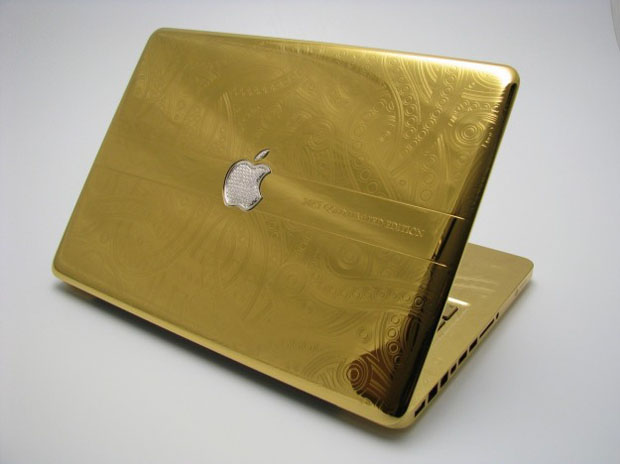