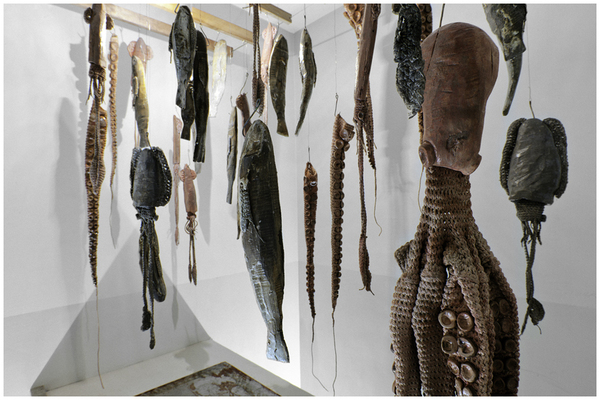 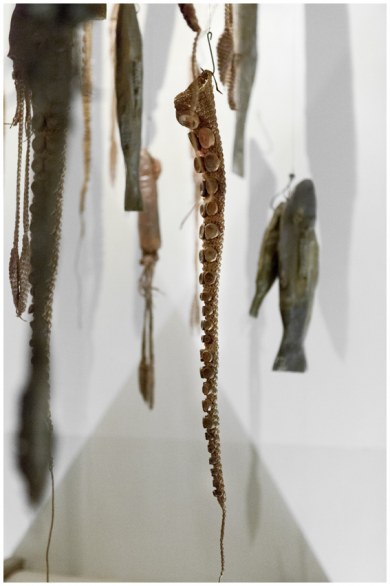 Garum sauce was an ancient, valuable as a perfume, which the Romans were very fond for it. It was used everywhere: on bread, in soups, roasts and fish and they were also praised medical skills. 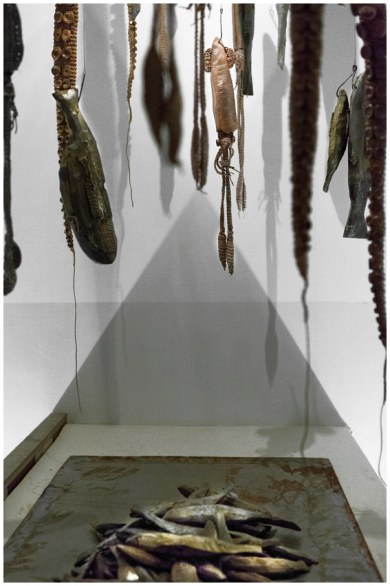 The conquered people acquired this concoction with enthusiasm adapting it to their palate to symbolize the Roman incorporation universe. It was real treat which was produced on an industrial scale and was loved with a passion that had the monstrous. The Roman Empire became more powerful, increasing the craze for this sauce, in fact it was very expensive and considered to be the “true imperial sauce “.

Now, as then, this is Garum: 42 elements, including tentacles, fish, cuttlefish, squid, herrings, made of rough wood and crochet, an installation that reproduces an ancient fish market, in a surreal atmosphere.