Undoubtedly some of the potential Apple Watch’s public will be the exclusive customer. However, we do not know how much they are willing to pay the not so wealthy pockets to achieve the latest Apple product, especially considering certain proposals for exclusive customizations by third companies that have already begun to appear.

This time, it is a well known luxury brand that has decided to present its watchband proposal for Apple Watch and give that extra exclusivity to the watch that some customers were looking for. 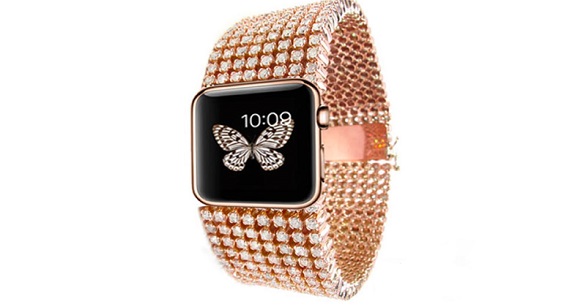 Mervis Diamonds believes it has up its sleeve the best 18 carat strap for Apple Watch, of which we still ignore its starting price. However, we can be sure that the strap will cost more than double and triple the Apple device, as the company has already set its price at $30,000.

What does the already nicknamed as ‘Diamond iWatch’ strap bring exactly to achieve that astronomical figure? Apparently, it would be a strap manufactured in 18 carat gold with 8 rows of diamonds to achieve an effect of 15.14 carat diamond shine on our wrist. The strap is also available in finished white gold or platinum, and its orders will start from June 2015, a few months after Apple Watch reaches the market.

This is not the first time we see this kind of unique customizations in Apple products. Without going any further, it has been possible to see -and sell- different luxury iPhone for $130,000, so this one is not by far the most expensive customization we have seen up to date in an Apple product. 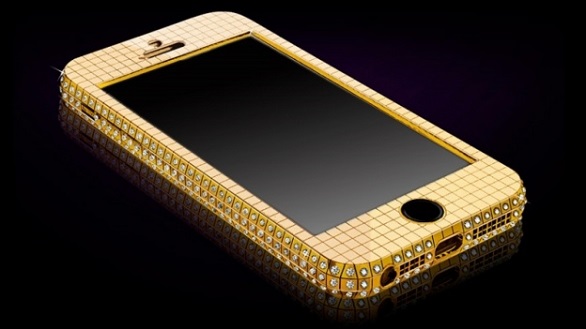 It would be relly curious if Apple decided to change the strap’s mechanism and shape in future generations of its smartwatch, how would the ones who had bought this $30,000 react? Thinking about it, if they could afford it, probably they would not care too much.