The ultraportable devices set the current technological trend. Within a year, major multinationals have launched their proposals more or less successfully. With some models already on the market and others to come, as the case of Apple Watch, software giant Microsoft has confirmed the “Microsoft Band“, a quantifying bracelet that will allow owners to monitor their fitness and activity. 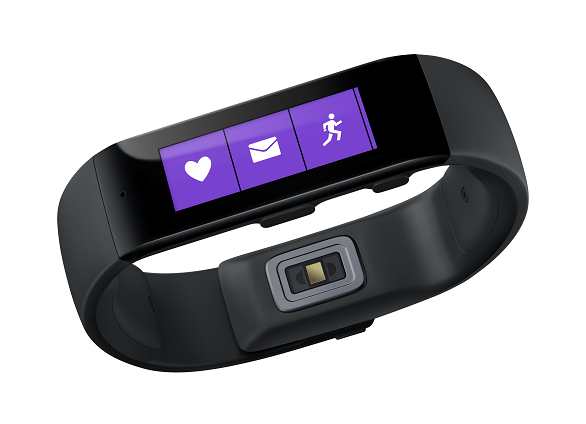 The company’s debut in this emerging technology related to the field of health will arrive in early 2015, two years after Sony launched its first smart watch, which opened the way for other rival brands such as Samsung to launch their first models last year, like the Galaxy Gear, one of the most successful and with already several subsequent generations. Indeed, Microsoft model resembles the Fit Gear bracelet in aesthetics.

Like other similar models, Microsoft’s device, on sale for $199 (€158), includes GPS and is full of several sensors (10 sensors in this case) analyzing the heart rate, calories burned and sleep quality, as explained in the company blog, where they say “it’s designed for people who want to live healthier and more productive.”

The company has also shown a health application called “Microsoft Health” which includes a cloud service for users to store and combine data from health and fitness. One advantage of this “app” is that it’ll be able to collect data from other operating systems (iOS and Android) besides the obvious Windows Phone.

He seems satisfied with it

The data it collects are very complete. Besides knowing the steps walked, analyzing races or monitoring pulsations 24 hours a day, the tool allows to receive information and guidance for training (it also suggests us to rest after an intense exercise) as well as a feature to challenge the user by creating daily goals. Another interesting aspect is that it offers features such as reporting if, for example, work stress affects sleep quality and reminds us to have breakfast before leaving home.

As rivals, the device displays incoming calls, received messages, calendar, social network notifications and, of course, time. The company also promises a battery life of 48 hours, so that it’d surpass all rivals, and it to be loaded by a magnetic charger.