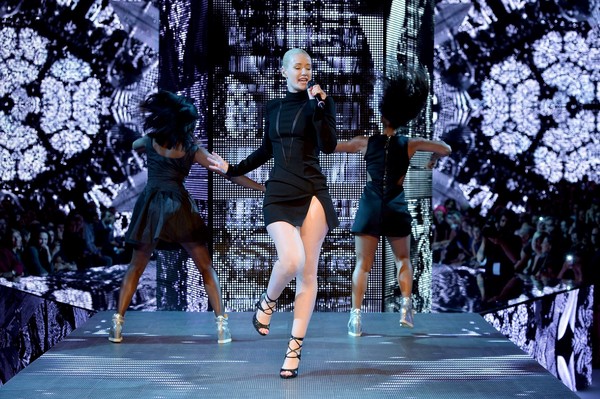 Philipp Plein ended with an overcrowded afterparty. Deluxosphere went out with all the celebrities and pictures of the party Philipp Plein at Milan Fashion Week.

By an explosion of blinding white light and kaleidoscopic images all black, there appears the Ethiopian supermodel Liya Kebede at the head of a spectacular platoon of all models of color.