Naples, 10 reasons to choose the city as a party destination

See Naples and then die, says the saying. Which means that so much beauty is that you can not wish anything else once you have visited it. If you have decided to take a trip to Naples, what better occasion than that of Christmas parties? Not only for the Via dei Cribs in San Gregorio Armeno, for the tasty Christmas sweets – and low-calorie – but also for a series of events, events and activities that you will find in the city of Naples on the occasion of the Christmas holidays. 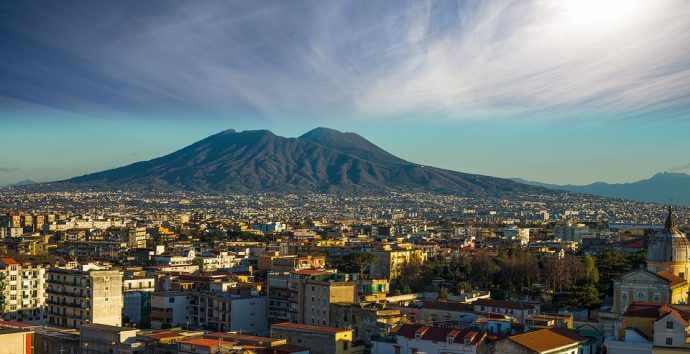 Here are 10 reasons to choose Naples as a destination for the holidays:

Naples Underground: A journey into the belly of the city that has its heart in the ‘Campusanto d” and Funtanelle “: characteristic ossuary and symbol of the devotion of Naples to the dead, with a fascinating and unchanging charm for centuries, where once he practiced the cult of “pezzentelle” souls. Why not try, as by authentic Neapolitan tradition, to be asked by the souls the winning numbers to play the lot?

The pizza (fried): The most delicious variant and the most authentically Neapolitan address is the pizza fried by Mrs. Fernanda: in the kitchen of her “bass” in the heart of the Spanish quarters you can taste the best of the city.

Michelangelo Pistoletto and the Quartieri Spagnoli: Protagonists of a project of rebirth and redevelopment more intense than ever, the Quartieri Spagnoli, according to the Neapolitans, “are a mess and the summary of the whole world”. Maestro Michelangelo Pistoletto chose them as the setting for his collective work “ll Terzo Paradiso” which opens on December 21st in Naples.

The most beautiful subway in the world: Which one? that of Naples of course! that, in its path, not only embraces the whole city but with its “artistic” stations – in the different stations you can find, among others, works by Francesco Clemente, Pistoletto, Mario Merz, Kounellis – has received countless international awards .

Ferrante Tour by Romeo hotel: And if to visit the city we would choose as a compass, the bestsellers of Elena Ferrante, following the traces indicated by her books? The Ferrante Tour, signed by Romeo Hotel, accompanies Lila and Lenù in the childhood and youthful places through a path, developed by the literary criticism of Il Mattino, Titti Marrone. A walk that winds from the “district” to the lights of Chiaia passing through the Decumano, the Petraio, the “peeling” outskirts up to Piazza dei Martiri and breathtaking views.

The Swimming Christmas Cup: One hundred athletes at the start on December 24th for the first edition of the Christmas Cup in the sea of ​​Naples: a middle distance-sprint race over the distance of 250 meters that will take place in the waters in front of the Circolo Posillipo. A celebration of the winter sea: for passionate swimmers, or simply for the curious, it is the same where they landed the Sirens who go crazy in the Rai 1 fiction written by Ivan Cotroneo. How to resist his call?

Christmas Time and New Year at the Romeo hotel with party lunches and dinners: A concentration of excellences to offer unforgettable moments of taste at the starred restaurant of Il Comandante, led by chef Salvatore Bianco. Smoked pine lobster, foie gras with spicy bread, “lamb solo” are some of the amazing specialties that you can enjoy overlooking the breathtaking view of the Bay of Naples and Vesuvius lit up for a party.

The exhibitions not to be missed: The agenda of exhibitions is dense: from the Museum of Capodimonte which inaugurated Carta Bianca, to the Pan where Sebastião Salgado is represented with Genesi, to Mann with the Projections by Francesco Candeloro (site specific works in neon and Plexiglas, which dialogue with the marble of the Farnese Collection). And again: Casa Morra and the exhibition Cento Anni di Mostra, with the works of Julian Beck, Hermann Nitsch and Shozo Shimamoto and the unmissable Mother who deserves the visit for the installation of Daniel Buren, the work “The Revolution is us “By Maurizio Cattelan and the works of Darren Bader.

You come down the stairs! Back in Naples, the urban trekking initiative promoted by the main institutions of the city with a rich calendar of events to cover the landscapes of stairs, steps and places of absolute beauty. Until 6 January, six historic staircases of the city will be the protagonists of guided tours, literary walks and shows to rediscover the pulsating heart of the city and enjoy its newfound identity.