On Spotlight: Legality of the Kawasaki Ninja H2R

Kawasaki Ninja H2R Kawasaki motorcycle Ninja H2R Ninja H2R legality by Editor | on May 30, 2016 | 0 comments | in Bicycle | Like it
Tweet

When you look at the 2015 Ninja H2R, you would probably think that Kawasaki is seeing bikers as too slow and safe. As you can see, this machine is yet the most powerful production superbike ever of the Japanese motorcycle giant.

Coming with an angry and quite futuristic design, this powerful bike can generate a ludicrous 300 horsepower with its supercharged engine, surpassing BMW’s popular HP4 superbike, which comes with 193, and even the new Alfa Romeo sports car, the 4C, which comes with 237. Because of its speed, there is a catch to it—this new Ninja is not street legal! However, Kawasaki has stated that it would create a slightly toned-down version of the bike soon. 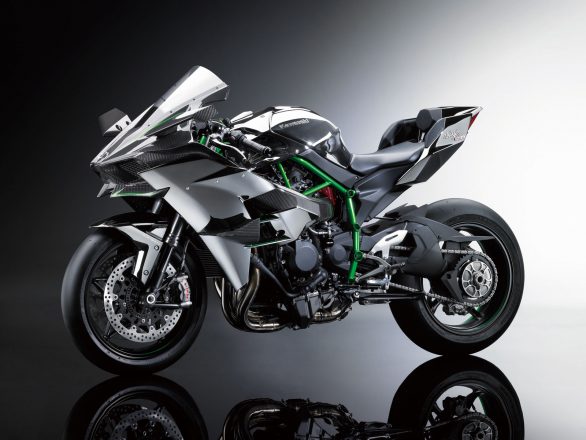 To achieve such an extraordinary power output, Kawasaki tapped into its supercharging technologies, which is a form of forced induction that has not been used in production bikes yet. The company has a vast industrial complex that includes an aerospace division developing foremost designs of turbine technology that many jet engines are using today. These capabilities have surely played a significant role in creating a centrifugal supercharger, rather than the common twin-screw-type and scroll designs.

Another notable feature of the supercharged engine is that it seems to be directly driven off internal gears within it, and patent applications from the company indicated a design using a 2-speed gearbox that allows the supercharger to spin at high speeds at lower RPMs for better torque and to spin at lower speeds at higher RPMs for a flatter torque curve and better efficiency.

Now, you might question why the company bothers making a toned-down version of the H2R, but as you can see, superlatives are a great selling point in the world of vehicles. Also, Kawasaki would just sell a limited number of this new super-Ninja for the track, at a powerful profit margin, of course. 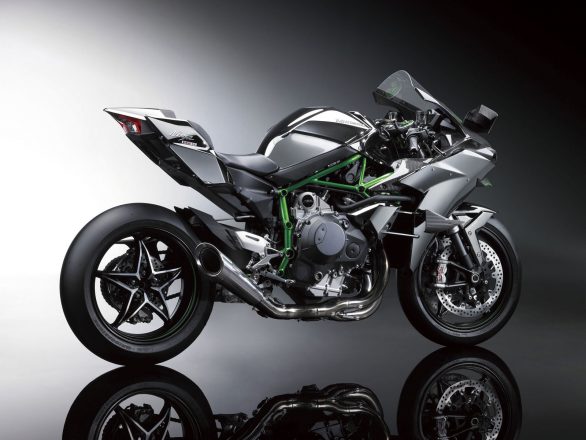 What has caught the interest of people here is that Kawasaki is seemingly toying with a form of unspoken agreement among motorcycle manufacturers not to push power capabilities too far. Over the years, the company, along with other popular motorcycle makers like Ducati and Yamaha, have limited top speeds and just concentrated on creating models that are more efficient, agile and technologically advanced.