Throughout 84 years of history, Pininfarina has been responsible for some of the most sweeping designs of contemporary automotive industry. This firm has designed vehicles for major manufacturers such as Ferrari, Maserati and Alfa Romeo. However, since the early 80s, Pininfarina began to expand their market to other types of products. Very recently, the latest creation revealed by the Italian firm is an exclusive electric bicycle called Fuoriserie.

According to the Italian firm, the Fuoriserie was inspired by the custom cars of the 30s. In fact, the leather used for the covers of the handlebar and seat interiors of the Pininfarina design emulates Lancia’s Astoria Bocca 1936. 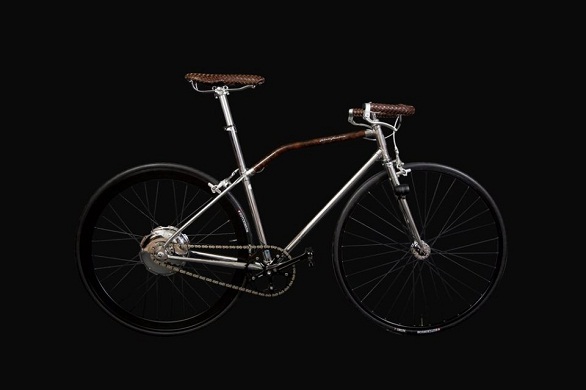 The Fuoriserie will be manufactured by the Italian company Milano 43 bicycles. Its frame is made of steel tubing Dedacciai Zero DR, hand-soldered. Other unique features include Campagnolo Veloce brakes and tires of Panaracer Kevlar reinforced Rimbo.

It also has a LED lighting system 250-lumen (driven dynamo) hub motor Zehus Bike + 250 watts and a lithium-ion battery that is recharged by the action of the pedals. As it’s being designed by one of the companies that contributed to the success of brands like Ferrari, we anticipate that Fuoriserie will not have a cheap price.