The 10 most expensive watches in the world

Before we go forward to the watch list, we have to explain some of the terms used in watchmaking to understand why these watches are so important apart from the obvious rare and expensive materials used in their construction.

– Tourbillon: Invented in 1795 by the French watchmaker Abraham-Louis Breguet. This mechanism calculates the effect of gravity and regulates the movement of the indicators to compensate the effects and achieve greater accuracy.

– Complication: This term refers to any feature beyond the simple display of hour, minute and seconds on a watch. The usual additions such as day, date and chronographs are not considered sufficient to be called complications. The more complications a watch has, the more difficult it is to design. A typical date chronograph can have more than 250 parts and particularly a composite clock may have thousands of additional parts of the mechanism. Watches with many complications are referred as Grandes complications.

– Timeless calendar: It’s a calendar that displays information on a range of time of several years.

– Minute repeater: This is a complication which provides overtones to determine the hours and often minutes at the press of a button. There are already many repeaters, from the simple sounding in the hours to the minute repeater that sounds in minutes, using different tones for the hours, quarters of an hour, and minutes. Originally used for reading the time in the dark and for people with visual problems.

10. Breguet pocket – Price: 734.000 dollars.
With 225 years of tradition in watchmaking, this pocket watch of the house of Breguet has a skeleton of 18 carat gold, engraved by hand and features the famous tourbillon. 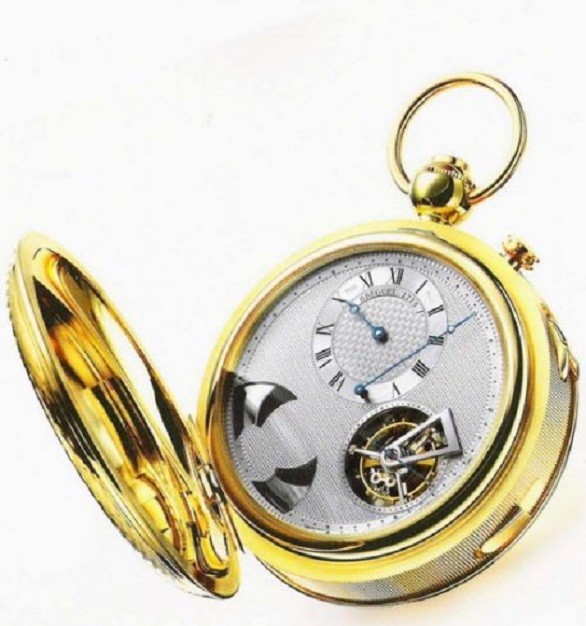 9. Blancpain 1735, Grande Complication – Price: 800.000 dollars.
Within this watch there’s a hiden mechanism of 740 pieces and a year from the life of a dedicated watchmaker. It features a frame made ​​of platinum, gauges showing a timeless calendar, moon phases and a chronograph while traffic is what gives power, having the ability to store stock for 80 hours.

8. Louis Moinet Magistralis – Price : 860,000 dollars.
At sunset time it has a timeless calendar and astronomical indicator of the night sky.Only seven watches of this kind have been manufactured and will not be made more like them. Inside the watch is located a bit meteor hurled from the moon 2,000 years ago. The meteorite was certified by the University of California. The so-called Moonstone, is an extremely rare material, more expensive than gold and platinum combined. The drive of Magistralis was designed 100 years ago and pulsates with 18,000 vibrations per hour. The watch has a casing of 18 carat gold and features a chronograph and timeless calendar that shows the day and month for a period of four years. 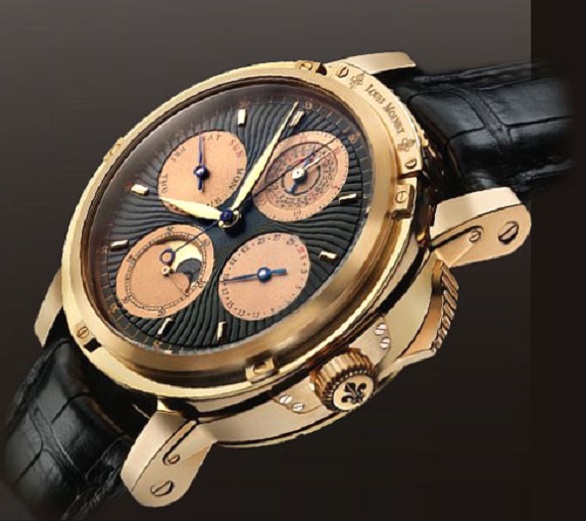 7. Hublot Black Caviar Bang – Price: 1.000.000 dollars.
This is a watch and a jewelry at the same time. The watch case is a 18 carat white gold and 322 diamonds fill every available space. The crystal is sapphire as the inner surface and the base behind the indicators is covered with 179 black diamonds. The device vibrates with 21,600 vibrations per hour and has a power reserve of 120 hours. Even if you have the money to buy it, forget it. Manufactured in a limited number of… ONE piece. 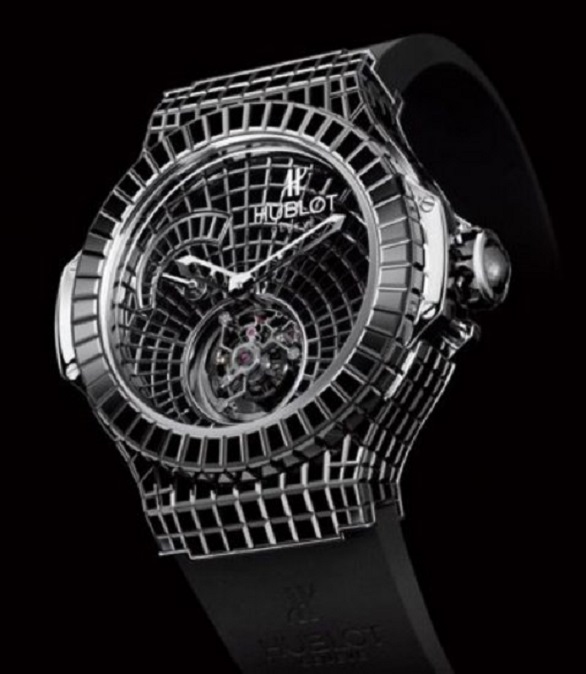 6. Chopard Super Ice Cube – 1.1 million dollars.
It is mainly a jewelry in the form of a watch. It features a 66-carat diamond. 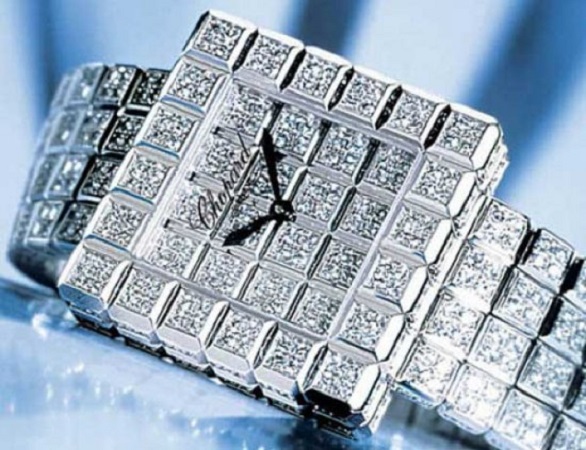 5. Patek Philippe Sky Moon Tourbillon – Price: 1.3 million dollars.
It is the most expensive wristwatch manufactured by the famous Swiss watchmaker and only two such watches are made every year, one of platinum and one of pink gold. The Sky Moon Tourbillon is the most complicated watch ever built by Patek Philippe watch and the first double-sided. The movement is made ​​by 686 mechanical parts which some of them are microscopic. It features a minute repeater with tourbillon, overtones with two cathedrals gkonk activated via a button on the rolling frame and timeless calendar with retrograde indicator. Turning the clock on the other hand, reveals a celestial view showing the sidereal time and a sky map that follows the stars and phases and orbit of the moon. 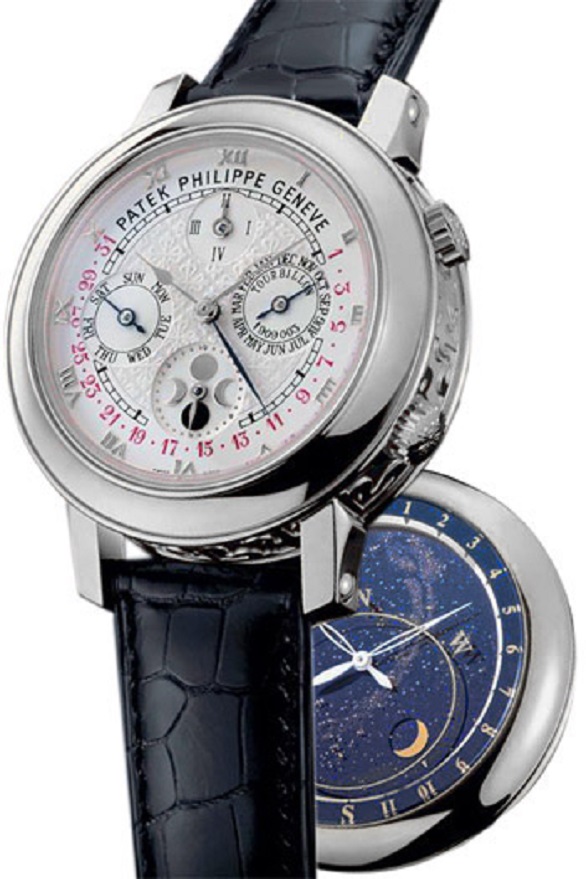 4. Vacheron Constantin Tour de l’lle – Price: 1.5 million dollars.
Regarded by many as the most complicated watch ever made, with a mechanism of 834 parts mounted on the frame with a diameter of 47 mm. This is also a double-sided clock. Designers house Vacheron Constantin took more than 10,000 hours of research and development to create it. Shows the time in two different zones. 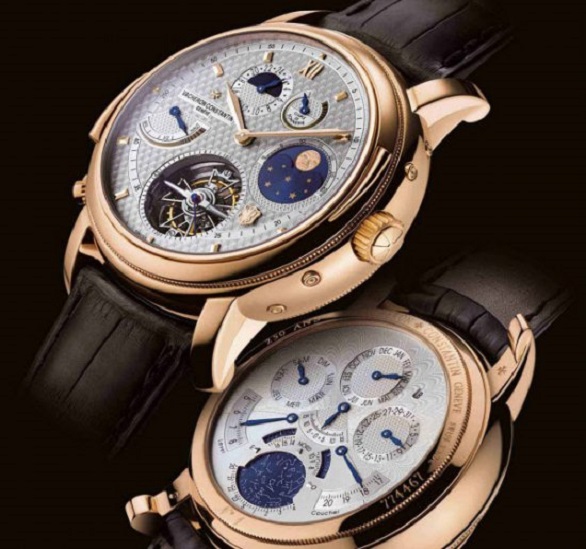 3. Patek Philippe’s Platinum World Time – Price: 4 million dollars.
This astounding amount given to an auction, making it the most expensive watch in 2002. Featuring self-rotating mechanism, illustrates each of the 24 time zones known for its readability, user friendliness, and the alternating tones for day and night. 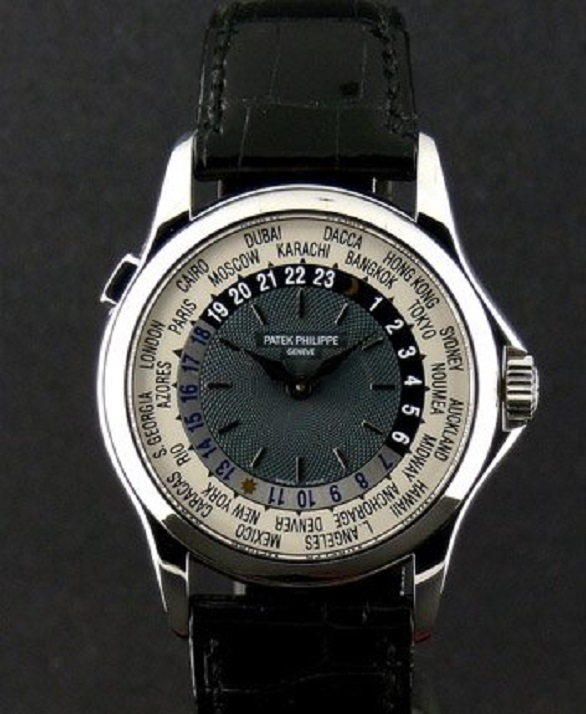 2. Patek Philippe’s Supercomplication – Price: 11 million dollars.
Supercoplication and Super-expensive. The famous watchmaker completed this masterpiece in 1932 after four years of deep devotion in order to make this watch for Henry Graves Jr. It is double sided and features 24 complications. 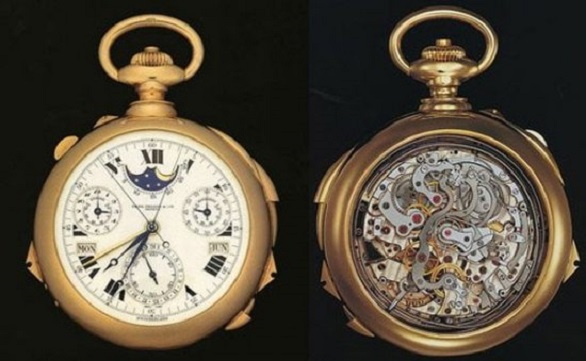 1. 201 carat Chopard – Price: 25 million dollars.
If you look closely at the photo, you will see a watch among the 201 carats. This watch is accompanied by three heart-shaped diamonds. A 15-carat pink diamond, a 12 carat blue diamond and an 11-carat white diamond. More than 600 yellow diamonds are scattered around and 91 crystal diamonds. 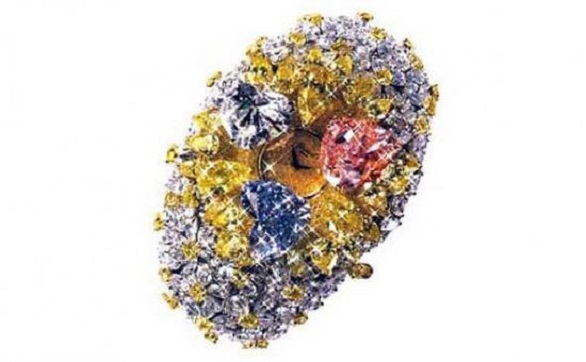