The Impact of Internet Use on the Environment

Every time a consumer uses the Internet, it destroys the environment a little, according to several studies. However, some experts do not believe the same and remind us of the advantages of new technologies for the environment, such as teleworking. This article offers the data of those who point out the ecological damage of the Network and of those who maintain that it is exaggerated. It also explains what businesses and consumers can do to be greener when they use the Internet and new technologies.

Energy consumption has a considerable environmental impact. Internet, from the huge machines (data centers or servers) that contain and supply the information to the various devices of the citizens, supposes an increasing energy expenditure and, in the same line, a damage to the environment. Technology expert Jessica Oakley collects various sources in this regard: 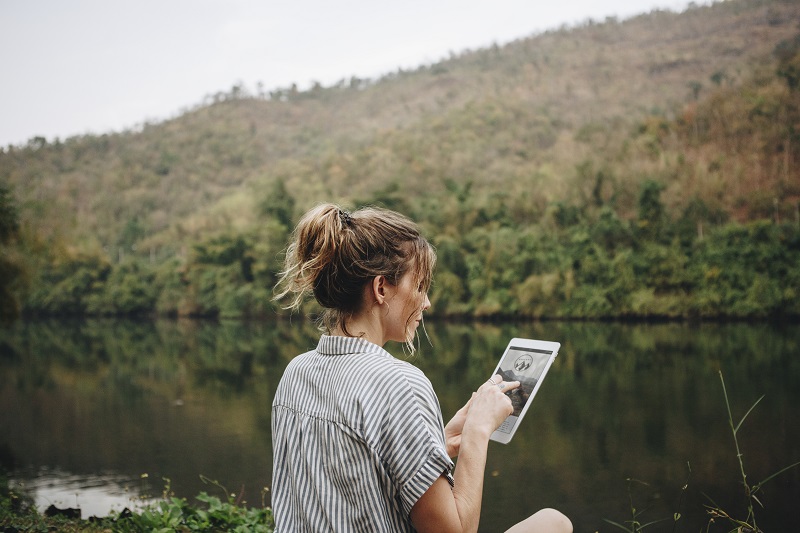 Opening a web page involves the emission of 20 milligrams of carbon dioxide (CO2), the main greenhouse gas (GHG) involved in climate change. Every month Internet users worldwide are 35,000 million minutes online. The electricity used to transmit trillions of unwanted messages (spam) for a year would serve more than two million homes, according to the antivirus company McAfeee. CO2 emissions are equivalent to those produced by three million cars.

The global industry of new technologies generates a quantity of GHG similar to those of all the world’s airlines, according to Gartner. Viessmann recently published a video asset called “The World’s Digital Carbon Footprint: #TheCoalTruth“. It shows shocking data about the increased use of the Internet and its impact on the environment. You can find the video below:

Outside the technology sector, the NGO Greenpeace published in a report that provided for 2020 about 622.6 billion kilowatts / hour (kWh) per year in data center operations combined with the energy consumption of telecommunications. The servers, in addition to the power to operate, need an air conditioning system to prevent overheating.

The serious environmental impact of the Internet

Some experts claim that the environmental impact of the Internet is not as high as has been implied. Researchers Justin Ma and Barath Raghavan, from the University of California at Berkeley and the International Institute of Computer Science, decided to estimate the global energy consumption of the Internet. From various studies, they calculated that there are around 750 million laptops, one billion smartphones and one hundred million servers, among other devices. They also included the energy needed to manufacture them, the period of time in which they are replaced (three years for a laptop, two for a smartphone) and the consumption to transmit and receive the data. Ma and Raghavan concluded that the Internet consumes between 170 and 307 Gigawatts (GW), energy that would illuminate several billion 100W light bulbs simultaneously. However, in relation to total world energy consumption, it is less than 2%.

Joe Room, a Doctor of Physics from the Massachusetts Institute of Technology (MIT), considers it a “myth.” This climate change expert points out that the Internet offers many more benefits for the environment than its impact on energy use. On this consumption, it offers diverse data to demonstrate that some of the studies that have served to create this myth have been exaggerated.

In addition, Room recalls two issues that are often forgotten in these reports: on the one hand, the energy efficiency of computers, mobiles and other electronic devices grows every year, so that they do more with less energy; and on the other hand, the environmental benefits of the Internet (downloading music has a much smaller impact than physical disks, in the same way as teleconferences or teleworking compared to conventional meetings or work trips).

What businesses and consumers can do

Experts point out several tips for companies and citizens to reduce the environmental impact of the Internet and new technologies:

Replace fossil fuels with renewable energy: companies like Google or Yahoo! have incorporated sustainable energy and improved efficiency in some of their data centers. Consumers can use renewable systems in their homes to supply electricity to their computers and Internet connections, or buy green electricity. Claim an Internet with clean energy: in addition to large companies, the Internet is mostly home to many small and medium businesses. Those responsible could set an example and assume renewable energy. Citizens can contact these companies by email or on social networks to be aware. Developing systems that are increasingly efficient and respectful of nature: the generalization of “green” computers or the improvement of energy technology could be of great help. Use the Internet and the computer more ecologically: various tips can help reduce the energy consumption of these technologies.