The truth about the wagyu meat served in European restaurants

Most probably you might have eaten wagyu beef once (wiki). A lot of restaurants include it in their menu, even as a burger. Erroneously also called Kobe beef (which is no more than a region where wagyus are raised), the meat belongs to a breed of cattle originating from Japan. However, so far what you have eaten was not, as surely many believed, from Japan. Those wagyus come from US, Australia, Denmark, Argentina or Spain. All with different qualities but always lower than the genuine Japanese wagyu, whose export to Europe was banned until last June. 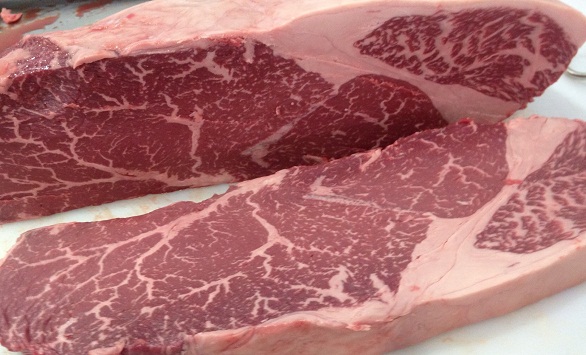 What a special meat

Of the four wagyu races that exist, for now the only one that is exported is called Japanese Black or Kuroge Washu, the most common in Japan, which has a spectacular appearance due to the infiltration of fat, known as marbling. An extremely delicate meat flavor, with a peculiar soft and creamy texture that melts in your mouth just 24 degrees. In addition it has a high oleic acid content, which increases the intensity of the flavor. Of course, unlike the wagyu coming from elsewhere, generally tasteless and greasier, the price of authentic Japanese is very high. In Europe it can reach between 100 and 300 euros per kilo, depending on the cut.

The quality is guaranteed by the labels each piece has. They come with a tracking code stating the origin of the animal, date of birth, information about the farm where it was raised, slaughter and meat quality according to strict assessment codes based on the marbling (sashi), colour and brightness of the meat and fat, firmness and texture. The highest quality is A1, and the lowest is C5. Regarding the degree of marbling or fat infiltration meat is classified between 1 and 12. The categories 11 and 12, the most spectacular, are very hard to find. Only  the meat from animals born and raised in Japan and with proven traceability is certified with the Japanese wagyu seal. 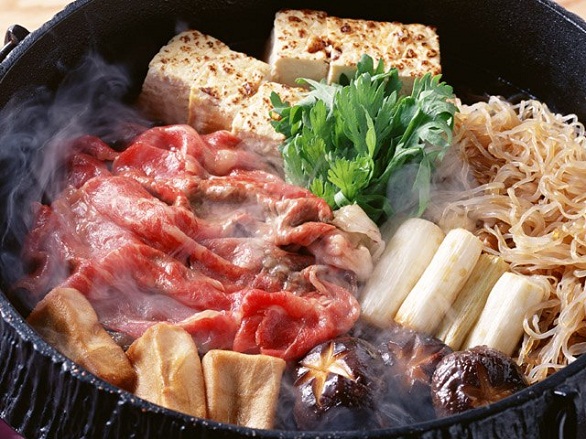 In Japan, the most common way of eating wagyu is sukiyaki. The meat is cut into thin slices and added a mixture of sake, soy sauce and sugar to let simmer in a pan with various vegetables. It is also popular the shabu shabu, in which the meat, also thinly sliced, is dipped a few seconds in boiling vegetable broth and then goes into ponzu sauce (soy and citrus vinegar) before eating. But where better delicacy and texture of the meat is seen is when it is done in teppanyaki, which is how the art of Japanese griddle technique is known, overcooked outside and almost raw inside. Another option is to eat a niguiri (over rice),raw or slightly flamed with a torch. Logically, these preparations are made from the finest parts of beef, the other being reserved for other dishes like gyu-don, where the meat is chopped and cooked with onions, mirin and dashi broth and then served in a bowl with boiled rice and poached eggs. In any case, a real treat.