diamonds iPhone Million Dollar Made pure gold hundreds by Nikos Kontorigas | on June 18, 2014 | 0 comments | in Technology | Like it
Tweet

If you are someone who likes to be the latest in technology and has made it a philosophy of life, here’s a stunning creation from Alchemist London, a prestigious London boutique specializing in customizing any electronic device and turn it into an irresistible object, making the desires of Arab sheiks and billionaires come true.

We’re talking about a luxury iPhone manufactured in gold and diamonds and valued at one million dollars, which arouse the envy of rich and poor. This unique gadget, as only two units were manufactured, has taken more than five months of methodical preparation for the retailer to get a single piece. The bezel has been crafted with 24k gold and the rest of the surface is covered with 1,600 flawless diamonds of a F grade. 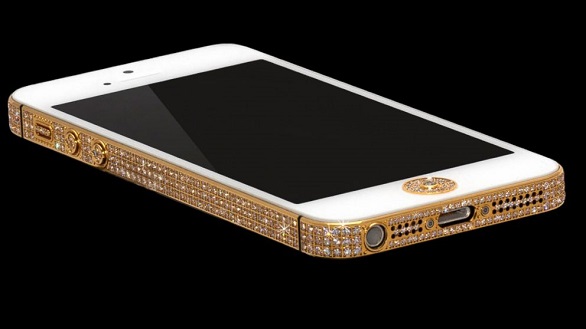 The Million Dollar iPhone has a 24k gold plated diamond single cut navigation button. The back also has the purest gold as the main protagonist. The typical Apple logo equally excels, as it is crafted in gold and encrusted with 53 diamonds. 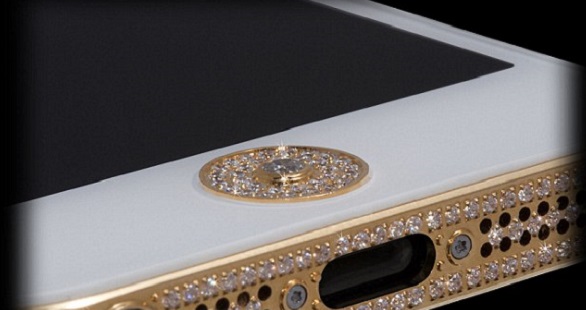 The particular iPhone is unlocked and can be used with any telephone company in the world. Any technical failure or slight damage is covered by a lifetime warranty. This limited edition iPhone 5 comes with several accessories including its charger and a USB cable, all placed perfectly in a custom-made case. 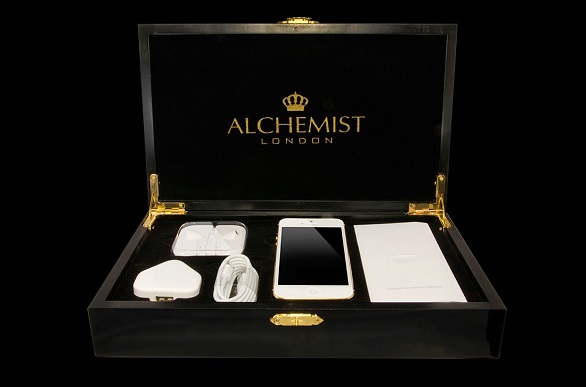 Of course, this Apple smartphone is still far from the one created last year. We refer to another iPhone 5 a Hong Kong tycoon had commissioned Stuart Hughes, a company in Liverpool that is dedicated to make luxury phones. In this case,the commissioner had requested that the case of the mobile be made out of pure gold covered with 600 white diamonds, while for the rear Apple logo would consist of 53 diamonds. 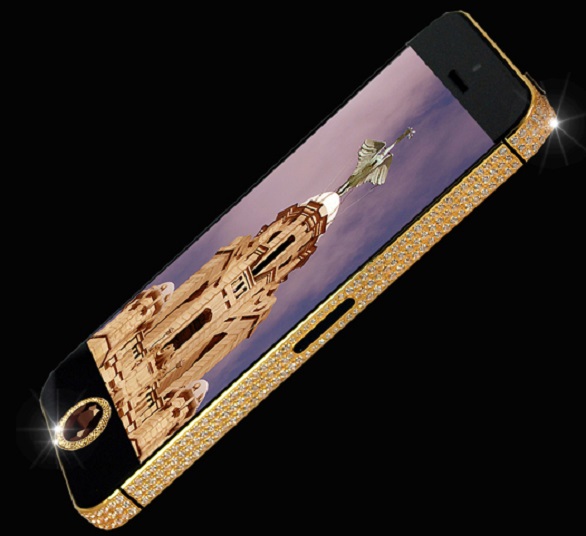 In this veritable jewel of art which costs nothing less than $15 million, the most curious thing is the Home button of the iPhone was designed with a black diamond. The thing is that this diamond was given by an Asian businessman especially for this occasion, which was a gemstone that had belonged to his family for several generations.